Those who have it often only notice it later. When it is missing. And yet happiness seems omnipresent in our society, the pursuit of it almost compulsory.

Franziska Willimann spent two years looking for her own personal happiness. She found it where she would not have expected it at first. In an empty yoghurt cup, for example – a scene from her everyday life, captured with a sense for those moments that will ultimately remain. Because they contain so much more than what we see at first glance.

»My Happiness« is a work somewhere between documentary and staging. It is a series that does not commit to either, just as it leaves open the question of what happiness actually is. Franziska Willimann has captured her own happiness and shares it with us. 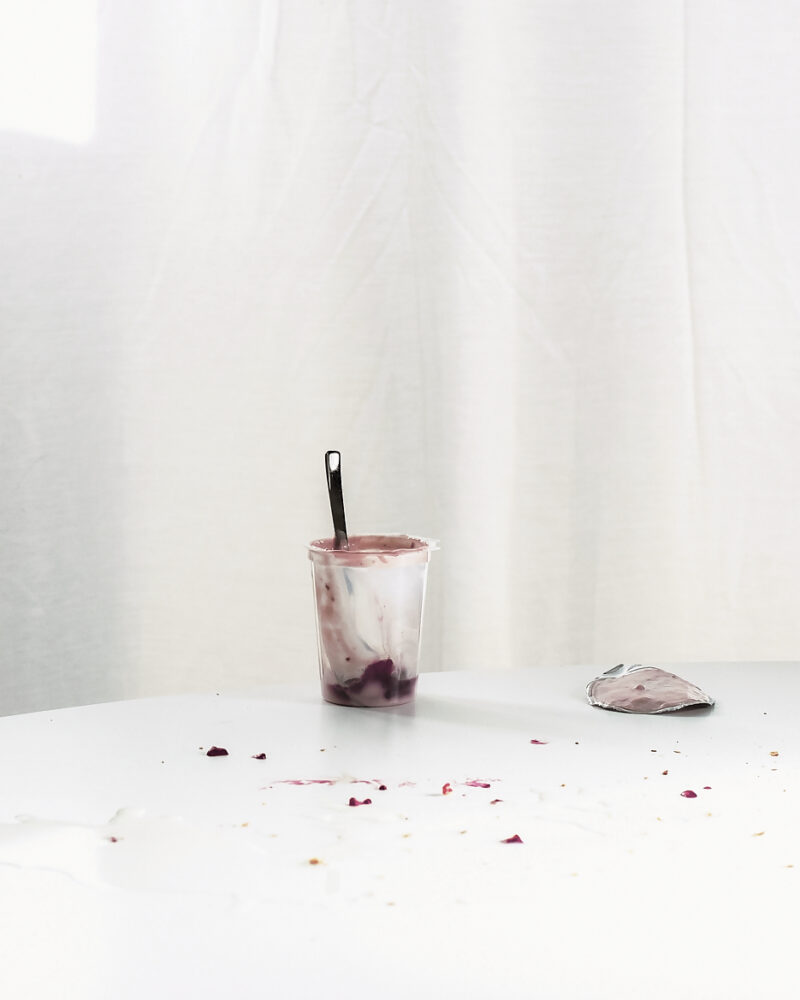